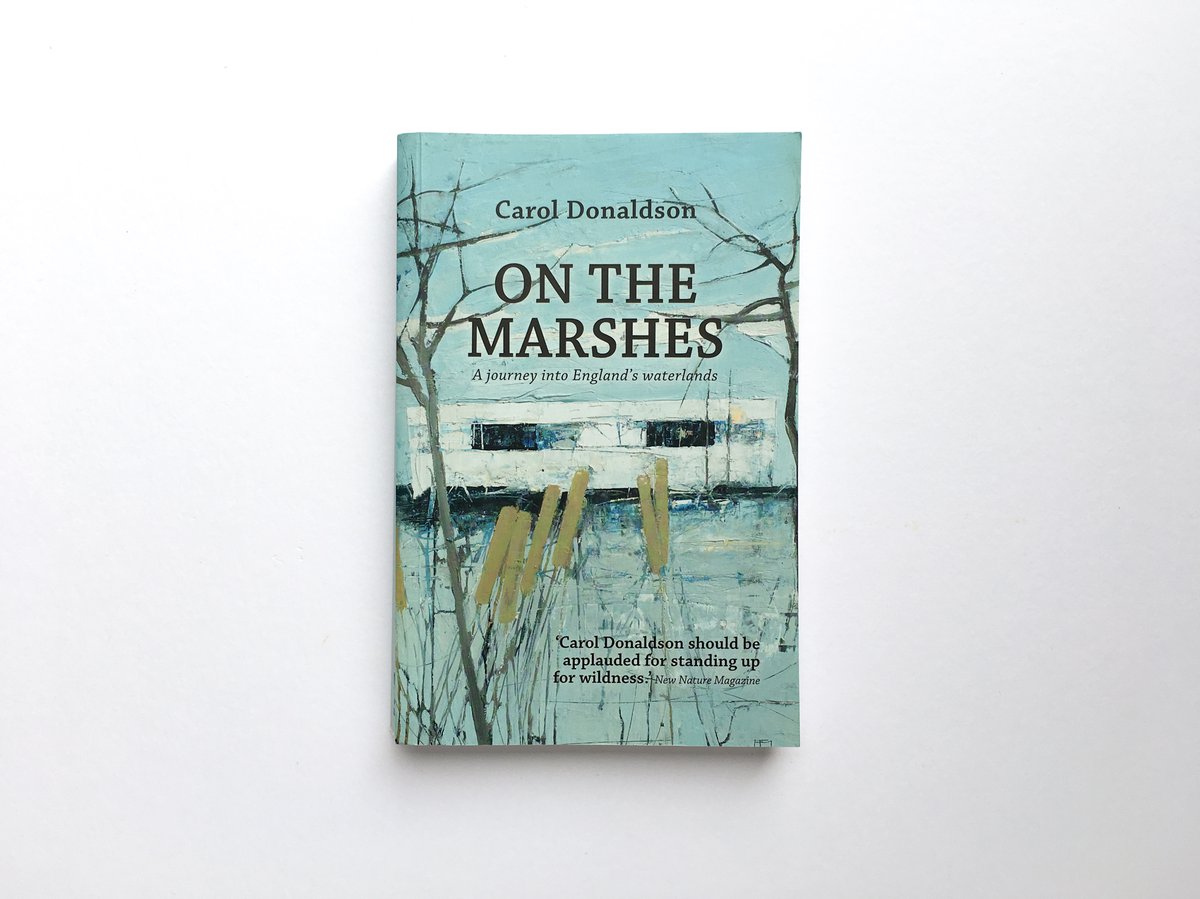 This was the second book about the north Kent marshes I read over the summer ‘18, after Brian Dillon’s “Great Explosion”, and again I really enjoyed it. Donaldson’s approach and perspective is quite different to Dillon’s, yet they both share a deep affection for this strange landscape, and for both the landscape plays an important role in finding their identity.

Having experienced – and fallen in love with – the simplicity of outdoor life whilst volunteering in the Canadian woods at the age of 19, she struggled to adapt to ‘normal’ life upon return to the UK. After university a job offer as warden at an RSPB site in north Kent offered an opportunity to return to a life more closely aligned with nature, and she spent the ensuing six years living in a static caravan next to the warden’s cottage. The eventual eviction from the caravan coincided with a break-up of her long-term relationship and a stalling career, and left the author facing the question where and how she saw herself ‘fitting-in’. Several years later she sets out on a walk along the north Kent coast, meeting other people who have for one reason or another chosen to make this landscape their home, “drawn to the watery margins by an urge to escape the expectations, comforts and costs of twenty-first century life” (from blurb). In some respects she does what Ken Worpole and others have done for the Essex side of the Estuary, most notably in the recent Radical Essex publication, charting plotlands developments, trailer park and other communities, albeit with a focus on more informal set ups, and a stronger emphasis on individual ‘withdrawals’ compared to the more ‘institutional’ social reformist settlements, set up in the late 19th and early 20th century in Essex in response to the squalid conditions of London’s East End.

Stephen Turner, the artist who spent a month in solitude on the Red Sands forts in the outer estuary, features in the book, alongside others to whom the North Kent landscapes have provided an escape from the city. One of the more fascinating accounts – one I hadn’t heard of before – was the story of Dave Wise, who after a breakdown of his relationship and a loss of his job withdrew for 45 days to the small Darnet island in the Medway estuary. By challenging himself to live in a self-imposed exile, trying to live on and with what the island was able to offer him, he mentions he managed to avoid drowning his sorrows in drink, with an almost predictable outcome. I found it amazing to find that such escapes, which one usually associates with more far-flung places or more ‘epic’ endeavours (like the ex-paratrooper who decided to walk around Britain after failing to adapt to non-army life), were to find quite literally on our doorstep.

I hugely enjoyed this book.